Stories of our rehab birds 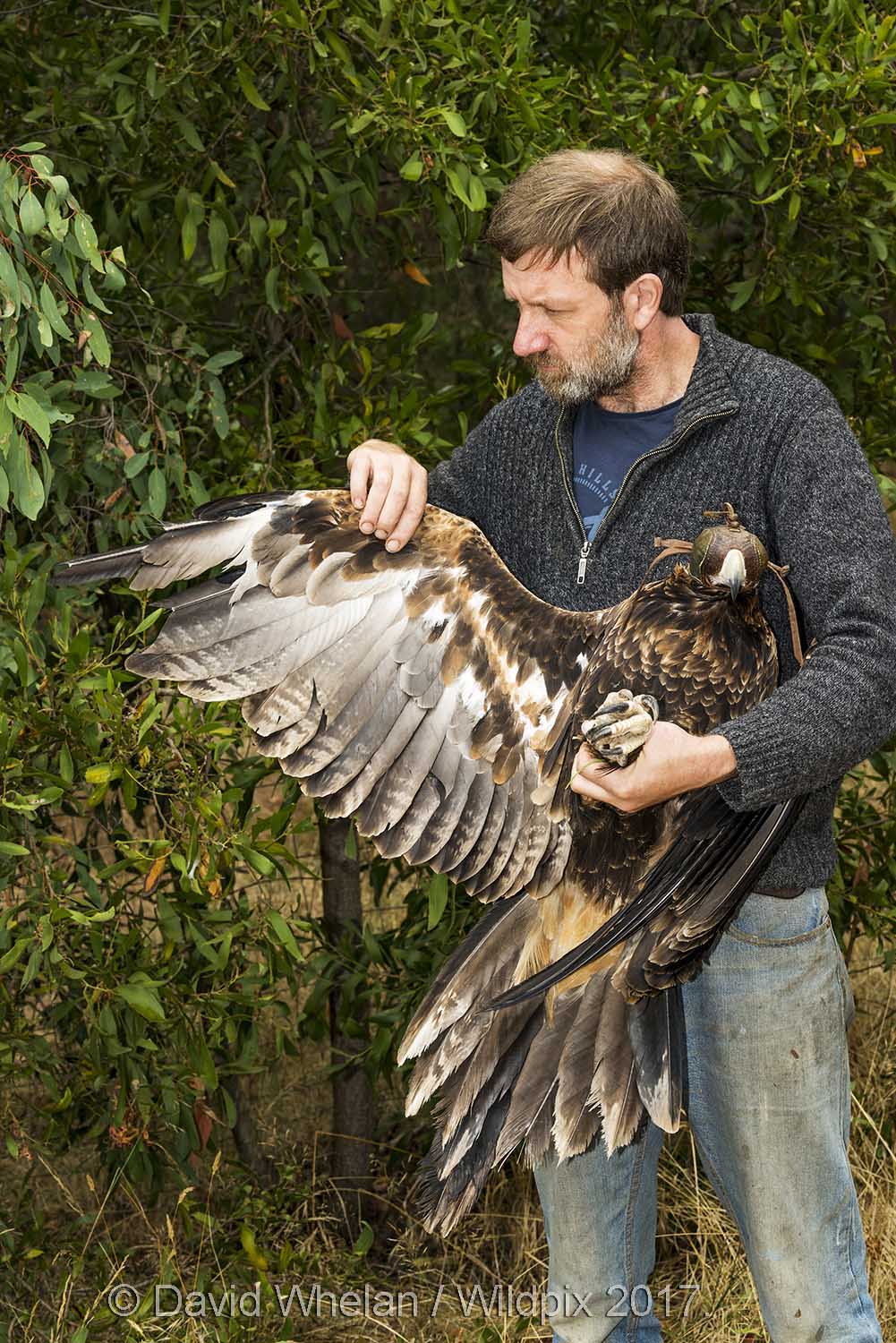 28th February – 17th August 2017 – Wedge-tailed Eagle (female): The photo above shows this Eagle before having numerous feathers imped (repaired). Subsequently the repaired feathers provided structure to protect new feather growth as she moulted. By August most damaged feathers had been naturally replaced and she was able to fly again and was ultimately released (17/8/17) at Mt Cottrell. Sadly much of her territory is being consumed by Melbourne’s westward expansion and urbanization, so her future is less than certain. 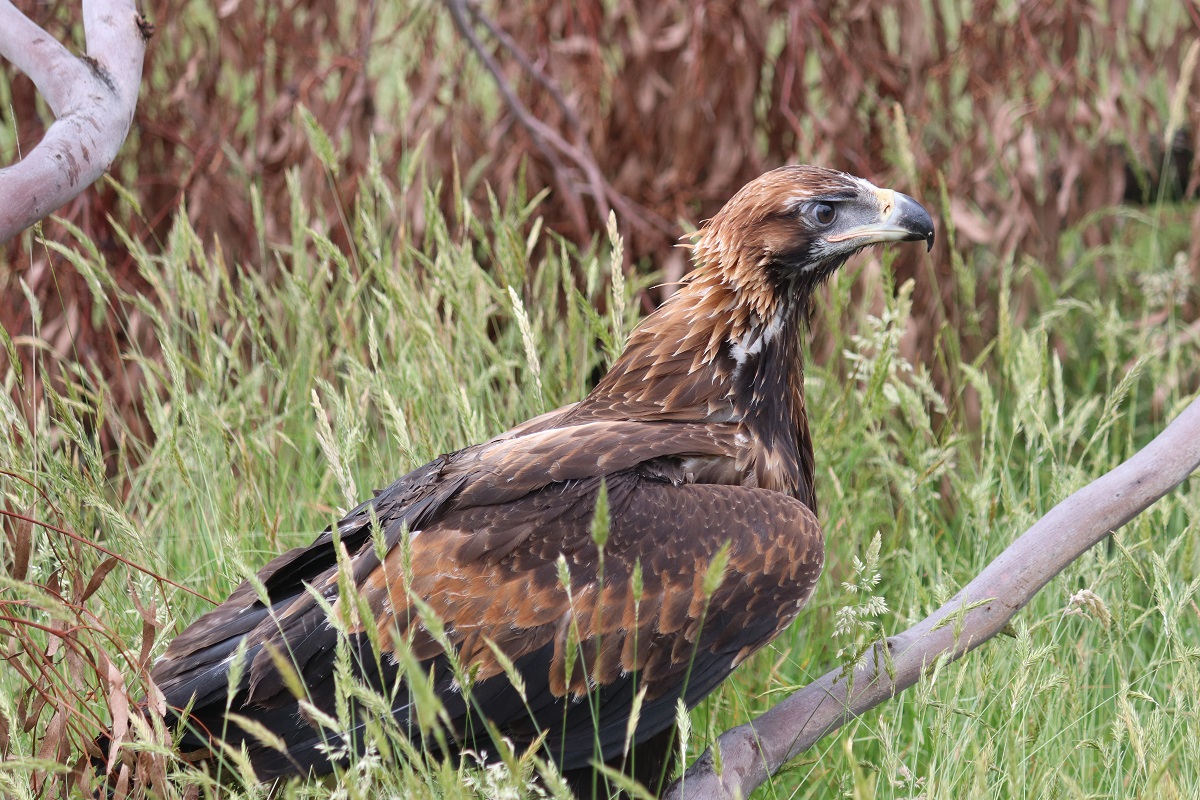 24th – 27th November 2017 – Wedge-tailed Eagle (male): This case (see above photo) exemplified a situation that often occurs when young Wedge-tailed Eagles leave the nest for the first time. During this period they are inexperienced fliers and at least initially may be unable to get off the ground at all.  During this period well meaning landholders often mistake them for injured adults and a rescue call is frequently the result. Such concerned people may even inadvertently frighten away the attending adults in their attempts to ‘rescue’ the fledgling! In this case the bird was a little lean, so he was given two days of respite and feeding at the Sanctuary prior to being returned to its point of capture and reunited with its parents. Some impromptu education was also provided for the landholders.

Rehabilitation data for 2017 (up to 28th December)

Unfortunately, not all of the birds who come into our care can be saved.  As you will see from the numbers below for this year and previous years, a large proportion arrive heavily injured with no potential quality of life.  The number of releases is slightly less compared to 2016 (see below).

Number of birds euthanised or who died from their injuries = 8

Referrals to other shelters = 4 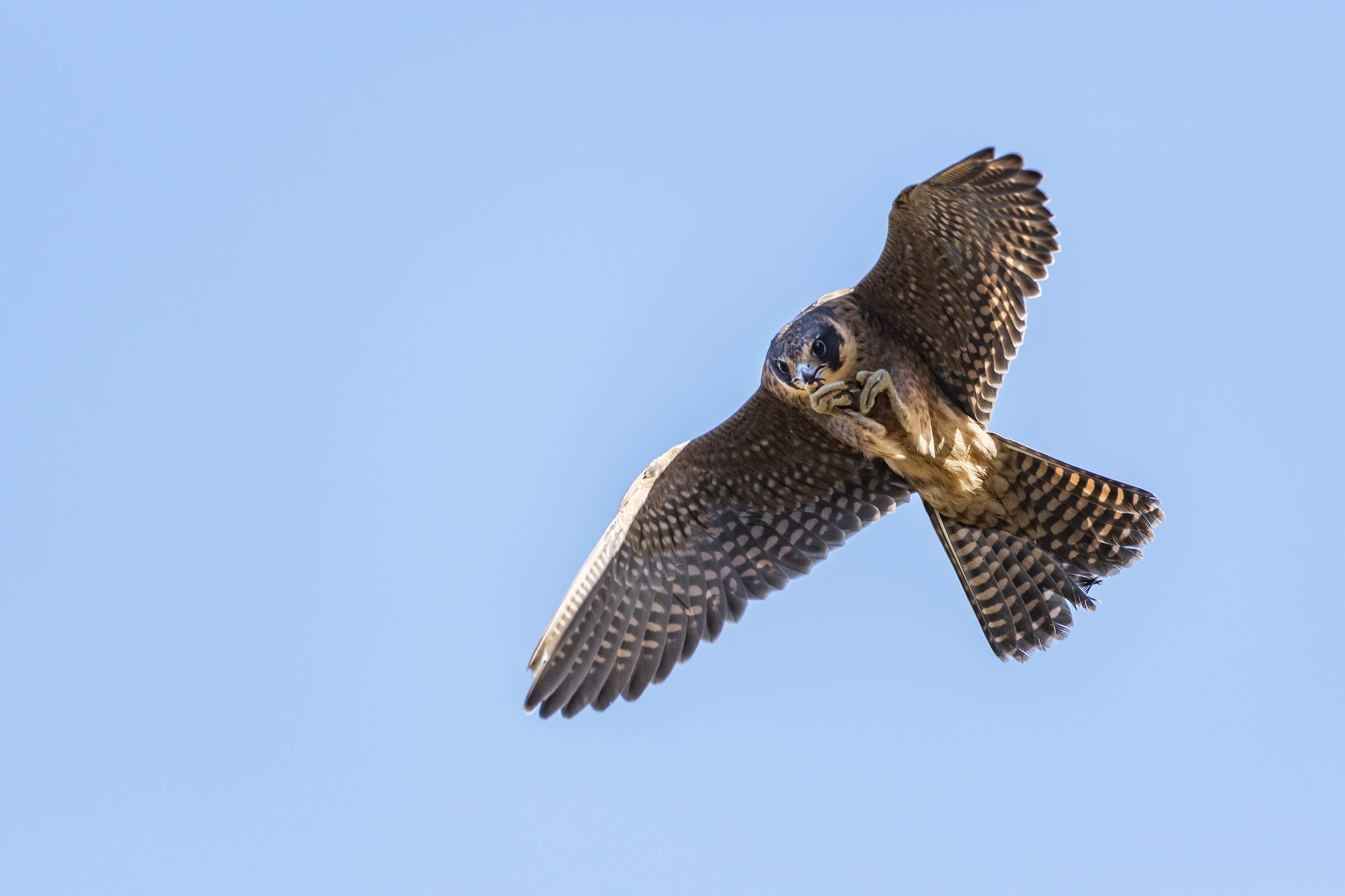 4th Jan – 1st April 2016 – Australian Hobby (female): One of our longest lasting rehab cases, Merlot (as she came to be called), arrived the beginning of January.  After free-flight training that lasted around three months, she was released on our property as she was a local bird and a juvenile with no territory.  She then took up residence, mainly on our TV antenna and large Peppermint Eucalypt, and created havoc for our trained birds assuming our property as her own territory. Merlot gradually became more of a wild bird and eventually dispersed, but not before some amazing photographs were taken of her by our photographer in residence, David Whelan (see image above).

3rd – 24th March 2016 – Brown Falcon (female): This bird was found by one of the Sanctuary’s volunteers, Elle Fox, at Mount Rothwell Conservation & Research Centre.  This Brownie was in starving condition and remained in our care for three weeks until she regained a normal weight  and was deemed strong enough to return to the wild.  She was eventually released back to Mount Rothwell by Elle.  Watch a video of this bird being cared for that was posted on our Facebook page via this link.

26th July – 28th October 2016 – Peregrine (male): This bird was in our care for five weeks after experiencing a wing injury upon impact with a car.  After some training, he was subsequently released near Lethbridge, Victoria.

17th September – 16th October 2016 – Wedge-tailed Eagle (female): This bird came to us from Warnambool, Victoria via a fellow wildlife carer, Tracey Wilson.  She had an ulna fracture (the bone next to the radius in the wing) and also spent time in our flight aviary building up some fitness while she flew between perches. Tracey released the eagle close to her own territory on the Victorian coast.

1st November – 29th November 2016 – Black Kite (juvenile): This bird was referred to us via Healesville Sanctuary.  It was a fledgling, who after having just left the nest, experienced some form of head trauma.  It remained in our care for three weeks in our flight aviary while it recovered and was fed some good food and was then released near Lara, Victoria.

Rehabilitation data for 2016 (up to 5th December) 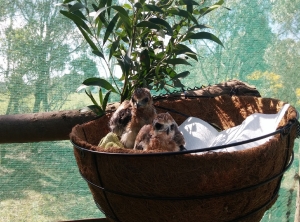 The other arm of the Sanctuary is our rehabilitation work of injured birds of prey and we are now coming into a potentially busy season.  This is the time of year when baby birds can become separated from their parents for various reasons (e.g. inclement weather destroys the nest; a newly fledged baby is found on the ground by a well-meaning human, who thinks the bird needs saving when it is actually just waiting for their parent to come and feed them etc.).

We were contacted by a concerned member of the public, who had discovered two baby Black Shouldered Kites (a member of the hawk family) on her property.  There was no sign of the parents and no sign of any nest.  Rightly, she contacted us and Martin went to investigate.  These siblings had indeed become separated from their parents; it wasn’t clear what the reason was or where the parents had gone.  So, Martin brought them back to the Sanctuary.

The male was very weak and  required intensive medical intervention is terms of re-hydration and tube feeding.  But the female fed very well straight away. To minimise the possibility of imprinting, a  Black Shouldered Kite puppet has been used, so that they  associate feeding time with this ‘zombie’ version of a bird parent instead of a human one. Martin also adapted a plant basket to become their new nest (see photo above) and attached it to one of the high perches in our flight aviary, so the babies would feel as if they’re back in a tree.

Once these babies’ feathers are grown and they’re strong enough to start moving around and practicing flying, the intention is for them to use their plant basket nest as their base from which to eventually move out into the property, while we continue to feed them until they can start finding food for themselves.

Please remember that if you find any injured bird or seemingly orphaned baby, then contact a relevant Wildlife Rescue organisation before taking any action.  Find their details here. 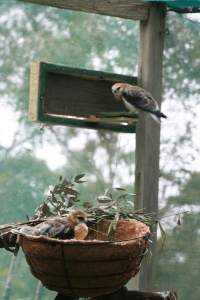 The fledgling Black-shouldered Kites are now at Hack (‘soft release’).  The male was very weak and compromised initially, but pulled through with some intensive nursing. The image above shows how, developmentally, he was somewhat behind his sister who had already been coming and going in and out of the hack release hatch for some days, soaring around at height and flying up to around 500m away. He’s now out, too, and both birds are spending time adjusting to a free life. 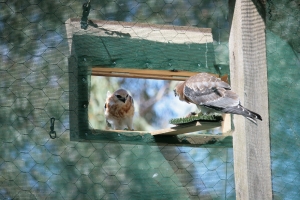 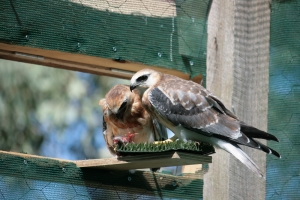 The photos above are of particular interest. Here we see the ‘babies’ have returned to the hack station built onto the side of their aviary. The female has fed on a nice chunk of rat. The male lands at the hack station and approaches, begging to his sister. We expected her to mantle her food and turn away, but instead she turned to face him and surrendered what remained of the meal, which he ate. Sharing resources in the rare circumstance of a super abundance of food? Or am I reading too much into it? In any case it does emphasise why Hack works better when you have more than one chick… Social imprinting on each other etc. 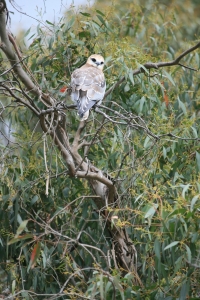 Female kite in a tree on our property: 13th  October

Did you find apk for android? You can find new Free Android Games and apps.